Hope For My Kids 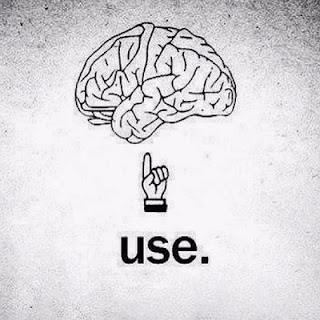 My oldest son has a very intuitive mind. Even when he was a toddler he would think things through very carefully and be really observant. As he grew up, he would constantly ask questions about how something worked or what it does. I even remember when he was about 4 years old, he sincerely asked my wife why he should love Jesus. He asked:


I don't really know him, he's not here, so why do I need to love him?

I think my wife answered something about how even if we don't see him, we should still love him because he's the savior. He has asked these types of questions about the church and my wife usually gives the standard church answer. If he asks me, I try to turn it back on him and ask what he thinks. I think it's a great exercise in critical and skeptical thinking.

Recently, during family night, my wife was talking about the scriptures and the Book of Mormon and my oldest son asked the question:


How do we know the Book of Mormon is really true? Was there really golden plates? How do we really know that's how it happened?

I was screaming with joy inside, but keeping my mouth shut to see what my wife would say. Of course it was something along the lines of how Joseph Smith was a prophet and he found the Golden Plates and translated them into English and even though we don't have the Golden Plates anymore, we can have faith to know that it's true. He seemed satisfied with that answer for now, but I hope he will continue to think about these things. I was really hoping he would ask more detailed questions about how Joseph Smith translated them so I could chime in about how he used a rock in a hat to "receive inspiration" rather than actually reading anything from the plates. Unfortunately I didn't get that chance.

My other children are still growing and have different personalities. My younger son isn't as intuitive or skeptical but he has one of the biggest hearts I've ever seen. He loves people unconditionally. He is full of joy and a carefree attitude. I can imagine him being involved in the church and having nothing but love and kindness for everyone he meets. I can't wait to see how he is when he grows up. My youngest is still very little but I can already tell she is going to be very strong and motivated. She grew up with two older brothers so she knows how to be heard and to stand up for herself.

My greatest hope is that I can raise my children so that they develop a curious mind. That they can feel comfortable asking questions and having doubts. In the Mormon faith, doubts and questions are sometimes encouraged, but ultimately frowned upon as it is explained that such things are from Satan trying to lead you astray. However, I hope that I can show an example of asking questions and not just taking information at face value. I hope I can teach them that people can be wrong, adults can be mistaken, and authority figures can mislead or lie. I hope they seek out truth regardless of the consequences and that they strive to believe uncomfortable truths rather than comforting lies.  I think that if they understand these things, they will feel confident in researching information and finding truth.


I want to believe as many true things and as few false things as possible.