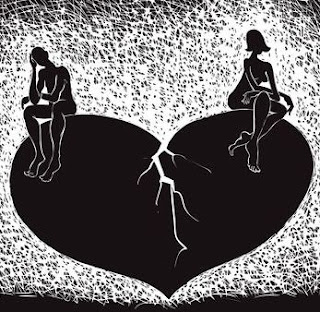 I finally told my wife that I no longer believe.

At the beginning of this year, The Mormon Church made some significant changes to the ceremonies in the temple. Growing up in the church, it was common to hear how priesthood ordinances like baptism and temple work were unchanging and had to be done exactly to script. Because of this, we would frequently mock the Catholic church for how often they change their ceremonies and practices to suit more modern audiences. However, now that there are several changes being made to the Mormon ceremonies, most members of the church are praising these amazing "new revelations."

I had casually mentioned the new changes to my wife and stated how it seems like the church leaders are just making all these mundane changes in order to keep more people from leaving. I have been speaking my mind more and more lately about my opinions on the church but trying to be careful not to give myself away as a non believer. She eventually asked if I even believe the church is true anymore. I considered my options. I could lie and say I still believed and continue to live this way, or I could finally admit to not believing and embrace the consequences. I told her no, that I am not convinced the church is true and that it is not led by revelation, just old guys that want their personal agendas enforced. I went on to tell her how I have spent a lot of time studying the church's claims and things like the Gospel Topic Essays, the new Saints book, Rough Stone Rolling by Richard Bushman, and have come to the realization that I don’t believe the claims of the church. She was very hurt and asked if I was going to wear garments anymore or pay tithing. No and no, but I let her know I would still attend church and support her and the kids. I tried to express how hard it was for me to tell her and I tried to be empathetic to her reaction and listen to what she had to say.

Her reaction wasn't quite as vicious as I had played out in my mind. However, she did come up with some rules and expectations that she wanted me to agree to. She wants me to tell our bishop and my family but to not tell the kids that I no longer believe. Also, if our kids ask probing question I have to keep my mouth shut, I can’t talk about anything that will make her or the kids question the church, and that I can’t baptize any of them. I told her that keeping my mouth shut seemed a little unfair. She didn’t care and just said that this is the way it's going to be whether I like it or not. She also mentioned that if I wasn’t a believer when we met then this marriage would have never happened. This took me by surprise. I was always under the impression that our relationship was based on the love we had for each other and the connection we felt. However, it has become clear to me that she only wanted a member of the church, someone to marry in the temple and take her to the celestial kingdom, and the person that I am had little to do with that. It really broke my heart to hear.

Since telling her, she has made comments that seem to try to hurt me. Things like, "well you don't believe in anything anyway." or "I guess that [something about the church] doesn't even matter to you." She also assumed that I am anti-mormon to which I try to clarify that I am not against the church, but that I simply don't believe the claims that are made. We haven't spoke much about it for the past couple months and I don't think she will be willing to hear anything more about my mental journey out of the church.

One of the biggest struggles I am facing now is trying to be honest with my kids and answer their questions from a scientific, rational perspective. Since my wife has demanded that I keep my mouth shut and just be fake when it comes to my own perspective, she hates it when I try to explain things from my point of view.


A recent example:
My son came home with some homework about the moon. We read through it and he really liked the stuff about craters and asteroids. This led him to ask about the asteroid that wiped out the dinosaurs, so we looked up a video about what the asteroid impact might have looked like.

He then asked when did humans show up on the earth. I told him about how some species survived, especially marine life, and how after millions of years evolution led to early humans. I tried to keep it very simple. My wife immediately chimed in and said that’s just a theory (emphasis on the word) and that we know that we came from God. She then talked to each of our children and said, who created you? To which she expected them to answer “God”. I just rolled my eyes.

It's a long road ahead and I have doubts about whether or not it will work out. I am not OK with lying to the kids and she is not OK with me being honest with them. I want to teach them scientific principles, she wants to indoctrinate them with only church approved answers. I know we could benefit from couples counseling, but she has stated in the past that she won't waste her time with any other counselor than the one we use to go to in another state. Since then she has been seeing another counselor who is a member of the church and suggested we could see him. However, I am not OK with getting advice from someone who will most likely try to convince me about how true the church is. I understand that this is a mess, and only time will tell if things will work out.