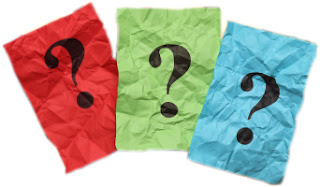 I came across these three questions in the ex-mormon subreddit. It is an example of epistemology (the investigation of what distinguishes justified belief from opinion) and is helpful in analyzing your reaction to the possibility of being wrong. This is particularly meaningful to individuals that belong to a theistic belief system or organization that claims ultimate truth, while simultaneously that organization might also discourage doubts or questions. As a Mormon, these are important questions to consider. I think many members of the church would say yes to question 1, but would start to use apologetics to defend their answer for question 2. After all, even the Book of Mormon suggests asking if something is "Not True" in order to gain a testimony;


4 And when ye shall receive these things, I would exhort you that ye would ask God, the Eternal Father, in the name of Christ, if these things are not true; and if ye shall ask with a sincere heart, with real intent, having faith in Christ, he will manifest the truth of it unto you, by the power of the Holy Ghost.

Therefore, chances are that a true believing member of the church would simply say "I'd pray about it" to question 2. Unfortunately, for those of us who do not trust personal revelation or faith as a reliable means to discover truth, prayer isn't a reasonable or reliable mechanism. I think the answer to question 2 is implied, you research information from multiple reliable sources. To find out if something you believe in is not true, you should ask questions, investigate, research sources from inside and outside the belief system, and you try to rid yourself of bias. If you are able to do this with a firm belief, you will probably realize that your reasons for believing are flawed.

For question 3, this is a personal reaction. For some people it can be a traumatic experience realizing they believe in something that isn't true or that might not be true. It can result in an emotional response of anger, sadness, or feeling deceived. A first response may be to leave that belief system completely or to even fight against it. This seems to be pretty common and I've observed this among ex-mormons. Another result could be to just believe anyway or at least to pretend that you still believe. This is probably out of habit or fear of leaving a belief system that has defined someones entire lifestyle. For me, once I realized I no longer held a belief in God, I chose to continue going through the motions of a believer for the sake of those around me, the people I love. Sometimes, that's all that can be done. It is also because of fear that I don't admit my lack of belief, fear that admitting so would result in losing the people I love.

Even though these three questions refer to "the church", I think they can be reworded in order to address any belief.

In this way, it is easy to evaluate a closely held belief and attempt to understand yourself better. I try to ask myself these questions in regards to beliefs I feels strongly about, whether they be scientific, theories, or just personal ideas. It helps me keep a skeptical mindset and be open to the possibility that I could be wrong. I think the ability to accept that I could be wrong and to be open to new information help me stay humble and honest.