Where Do Your Morals Come From? 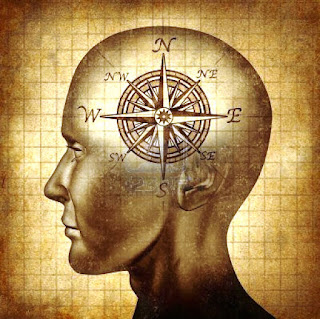 If people are good only because they fear punishment, and hope for reward, then we are a sorry lot indeed.


I first came across the quote above in Richard Dawkins book The God Delusion and I felt an immediate understanding of the importance of morality. Part of the appeal was because this was a concept I struggled with as a missionary for my church. In fact, during my first week in the mission field, I remember praying intensely for better understanding of good and evil and the reasoning behind God creating Satan in the first place. If God is all knowing, wouldn't he know that Satan would be a problem and the cause of terrible strife? Why would God allow evil to exist when he has the power to stop it? Besides, the bible itself states that God is the one who creates evil.

Isaiah 45:7(KJV)
7 I form the light, and create darkness: I make peace, and create evil: I the Lord do all these things.

During my prayers I received, what I interpreted at the time, a personal revelation that good and evil are eternal truths that go beyond our understanding of even God himself and that the concept of good and evil predate the existence of God.

This "personal revelation" is wrought with some major doctrinal flaws and conflict. But to me, that didn't matter, it was MY truth, so it was true. So where does truth and right come from? Did truth and right, good and evil, exist before God, assuming God exists?

The Euthyphro Dilemma.
This is a theological and philosophical dilemma thought up by Socrates based on the concept of goodness. Feel free to look up its history in the Greek philosophies, but it has significance to modern concepts of God as well. Of course, Socrates has a more elegant way of saying it, but simply put, it is the question: Is something good because God says it is, or does God say something is good because it is already good?

The answer to this dilemma will vary depending on who you ask. To me, it was obvious that goodness, and right vs wrong existed before God. In LDS doctrine, this isn't that hard to accept because God was once a human being just like us and he was subject to his own God's plan. Therefore, good and evil existed even before our version of God was all powerful. To most Christians, this is absolute blasphemy since it reduces God to something other than eternal, omnipresent, and omniscient. I would assume, to most Christians, the concept of good and evil exist only because God wills it. Hence, the common question most atheists get asked is, where do your morals come from? Or even more offensive, what keeps you from just doing whatever you want if there are no consequences for your actions?

There are consequences.
If I harm someone, the result is that person is hurt, and I may or may not have to answer for that behavior from a legal standpoint. Not only that, but that person may or may not try to harm me in return. There is also empathy involved, would I like what I'm doing to this other person to happen to me (aka the golden rule). I think most theists are just afraid or angry by the thought of there being no "eternal" consequences for bad behavior. To them, if there is no punishment for evil that a person committed in this life, then God will take care of it later. But if there isn't a God, that person gets away with it and there is no justice. I can understand this fear and it is one that I held on to as well.

Why does God allow bad things to happen?
If God is the perfect example of morality and decides what is good or evil, why would he ever allow bad things to happen to good people? Aren't we supposed to be blessed if we follow the rules and believe in the doctrine? After all, there are endless claims about miracles and answered prayers from all kinds of different people who say they were protected or saved from tragedy because of their belief. This was a question I had to answer as a missionary and I would always refer to a scripture in the Book of Mormon:

Alma 14:10-11
10 And when Amulek saw the pains of the women and children who were consuming in the fire, he also was pained; and he said unto Alma: How can we witness this awful scene? Therefore, let us stretch forth our hands, and exercise the power of God which is in us, and save them from the flames.

11 But Alma said unto him: The Spirit constraineth me that I must not stretch forth mine hand; for behold the Lord receiveth them up unto himself, in glory; and he doth suffer that they may do this thing, or that the people may do this thing unto them, according to the hardness of their hearts, that the judgments which he shall exercise upon them in his wrath may be just; and the blood of the innocent shall stand as a witness against them, yea, and cry mightily against them at the last day.

So ultimate justice is governed by God and he decides what sins or behaviors you will be punished for. It is comforting thinking that people who do evil things and get away with them while alive will still answer for them eventually. However, after rejecting a belief in God, that comfort is gone and there is a terrible realization that sometimes people do terrible things and they get away with it. That sucks, but claiming that there is some kind of eternal realm where they will be punished and where justice will be served is not something I can believe. That, along with claims about universal Karma or supernatural invisible justice, just doesn't seem realistic or rational. All I can hope for is that justice will be served in this life and that those who do evil acts will be held accountable. If not, at least once that person is dead, they can't harm anyone else.

As a non-believer, what do I consider good or bad, right or wrong? I will admit that most of my understanding of how to treat others and how to take care of myself comes from the influence of my parents as well as the standards of Mormonism. However, now instead of only choosing something because of an expectation that I'm being watched or that I might receive a blessing, I can be sincerer and know that I am choosing to do something because of my own standards. I don't expect a reward if I do something kind or compassionate and I avoid harming myself or others simply because I know I don't want that to happen. My moral compass comes from an understanding that I must live in this world with other people and I want to experience joy and love. If those are things I want, I assume others do as well, so I want to avoid causing anyone else to be deprived of those things.

I think Penn Jillette sums it up perfectly