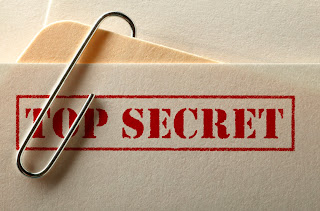 I like to imagine a scenario in which I could sit down with my wife one evening after the kids have gone to bed, explain to her that there is something on my mind and something I'd like to share with her. Then she would say "You can tell me anything, you know that. What is it?" Then I would explain my journey out of theism and disbelief in supernatural claims including that of the church to which we belong. Then, maybe she would say something like "Wow, that sounds like quite an internal struggle. But no matter what, we can get through this together. Let's come up with a plan."

What a beautiful fantasy. What a wonderful companionship with understanding and compassion. I would tell my wife anything if her response was with gentleness and empathy. Unfortunately, that is not the case.

Early on in our relationship, we had great communication. We would have these kinds of discussions daily. Listening intently, asking questions, offering support, and so on. As time passed, our conversations turn into arguments, our disagreements turn into resentment and annoyance, and neither one of us feels comfortable confiding in the other. The final straw, for me, in regards to avoiding any open communication, was when I told her about my most recent struggles with depression and feeling suicidal. Her immediate response was shock and anger. Against my wishes, she called members of her family as well as members of my family to inform them that I was feeling suicidal.

She would later go on to tell me how selfish suicide is and how I must not love her or the kids if I would even consider that as an option. For the next few days I would receive "support" calls and text messages from multiple family members who now knew of my situation. This is the last thing I ever want. I don't want people worrying about me or trying to "fix" me. I feel like an even bigger burden when my parents are crying about me or my siblings are offering to help. This made my depression go into a nosedive. Since then, she has used my struggles with mental health and depression against me. Whenever she doesn't want me to spend time with the kids, she will mention how I'm not "in a good place yet mentally" so she doesn't trust me. When I speak my opinion, she disregards it because "your opinion doesn't matter since you are depressed. You're not in the right frame of mind." Needless to say, I have avoided being open and honest with my wife about anything personal since then.

Years back, when I was first realizing I didn't believe in God or the church, our communication was already on shaky ground. If I mentioned any kind of criticism or opinion that was to the contrary of my wife, she would claim I was being insulting or belittling. I stopped wanting to share my thoughts and opinions with her, and I certainly wasn't going to drop the big Atheist bomb on her during this time. I hoped that we could get back to a point where we had open dialog and understanding, but that never came.

Now, years later in my journey out of theism and living with loveless non-communication, I find myself struggling to hold my thoughts in. Especially when it comes to some of the stuff my wife tells my kids:

I would love to express my perspective on these comments and offer an alternative point of view so my kids won't grow up thinking they are constantly being watch, the devil wants their soul, and taking part in church rituals is not only expected but required. I wish I could teach them how to think for themselves and make their own choices. To think skeptically and come up with the best choice. I would support them no matter what.

I am not anti-mormon or anti-theist. I see benefits of many religions and beauty in faith. It is something I grew up with and helped me to become a pretty well rounded, kind individual. I still attend church with my family and fully support my wife with her belief. She is not aware of my mental falling away and I think that is for the best. I'm afraid that if I was to reveal this secret to her at this point in our marriage the conversation would go something like this:

Me: "There's something I'd like to discuss with you. It's about the church and my beliefs"
Her: "I knew it! you don't want to go to church anymore do you? Are you drinking or smoking or something? Did you cheat on me?"
Me: "No, it's not like that. I just don't believe the church is true and I don't really have any belief in God."
Her: "WHAT? Then how can I trust you with anything? How can we even have a family? What's the point?"
Me: "I love our family and I would do anything for you and the kids. I'm still the same person, I just haven't had a belief in God for quite a while."
Her: "So you've been keeping it a secret? What other secrets do you have? How can I ever trust you again? Obviously this family doesn't mean anything to you. What about our temple marriage? Does that mean nothing to you now?!!"

If I'm not the priesthood leader in the home or the man who will walk with her into the celestial kingdom to create our own worlds and be Gods of our own universe, then what am I? I can understand her perspective and I try to sympathize with her position. Our relationship was founded on a mutual belief system and expectation that we would continue on and raise our kids with this standard. If I was to state that I no longer believe it to be true, I can imagine that this would be a devastating blow to her vision of our eternal progression.

It's my opinion that bringing up my Atheism would be the worst possible decision at this point in our marriage. Sure, I could probably feel more open and honest and be able to live a more genuine life, but the constant nagging and misunderstanding that would result is very unappealing. Not to mention, I think it would just be another excuse for her to use against me throughout the rest of our marriage. Weighing the pros and cons, keeping this secret seems much more appealing.