People Only Leave to Sin 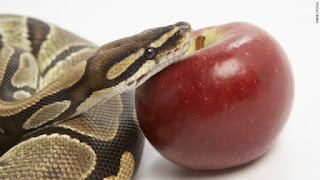 If you leave the church, you end up being miserable and alone or giving in to self-destructive habits. Everyone knows that.
There is a fundamental belief in LDS doctrine that if you adhere to all the rules and regulations (guidelines and principles of the gospel) that you will be blessed and find true happiness in life. If you don't, you will never know true happiness and be more susceptible to the influences of Satan.  In other words, if you have struggles and trials in life, you are probably not doing something that you should be doing. And if you fall away, you only have yourself to blame.


When I was about 15 years old, the bishop in my ward addressed the youth during a combined meeting and told everyone how important it was to repent of sin and admit to these sins to him or another member of the bishopric. If you didn't, then you didn't really repent properly. This was especially important with sins of a sexual nature. The meeting was really uncomfortable but we still bought into it because, he is the bishop after all.  A few months later, a young man and young woman in our ward were excommunicated because they had sex. It was well known that they were close and probably dating but none of us knew it was that serious. The bishop made it a point to visit each classroom during Sunday School to inform all the youth that the two individuals had been excommunicated and that his motive in telling us himself was so that no one would spread any rumors and misunderstand the situation.

Gossip was the result. Everyone speculated as to why they were excommunicated, we later found out from the girl's sister that it was because of their inappropriate intimacy, meaning sexual activity. The young woman had admitted this to the bishop and he scorned her and demanded disciplinary action. From there, obviously this led to excommunication which in the Mormon world is the equivalent of being denied eternal glory living with God in the afterlife in the celestial kingdom. You had committed a sin worthy of being thrust out of the Lord's presence forever.

It was at that moment that I decided that I would never admit anything to that bishop or any bishop ever. My repentance process was between me and God and there was no reason to ever tell a third party my own personal business.

From that point on, anytime anyone would stop coming to church or fall away, they would usually get into drinking, drug use, or sexual activity and their life would appear to fall apart. In church, our leaders would use them as examples of how Satan takes over once you lose your faith. Obviously, those people just wanted to sin and go against the will of God, so they are being punished.

This is the fear that believing instills from a young age. Following God = happiness and a fulfilling life. Turning away = misery, pain, sadness, and death. It wasn't until my first year at college, immediately, after High School that my notions of falling away came into question. I had non Mormon roommates and friends who were genuine, authentic, confident and happy. A couple of them were former Mormons who decided to leave the church once they turned 18. They did so simply because they didn't believe the doctrine. They weren't excommunicated, they didn't have a favorite sin they wanted to keep doing, they just stopped believing. This challenged my preconceived notion that anyone who isn't a member of my particular church was most likely unhappy and lost. Also, my other roommates and friends who were still members of the church were taking part in more behavior that would be considered sins (drinking, smoking pot, drugs...) during this time. So obviously, a foundational belief in the church wasn't the key to avoiding temptation and sin.

Strangely, I gave into "sin" more often as a true believer than I have as a non-believer. After my mission, I smoked cigarettes. As a teenager, I watched porn pretty regularly and felt incredible shame as a result. These were rules that God put in place and if I broke those rules, I was a huge disappointment. As I've gotten older, I've learned to create my own rules and expectations. I choose not to drink. I choose not to smoke because I remember how it affected me and how much better I felt when I quit. I avoid pornography because I choose to, I don't like getting into a bad habit. These are MY choices. I no longer see them as expectations of a supernatural being who is always watching and judging me. I see them as my personal goals and I don't want to disappoint myself.

I'm sure there are more people like myself that choose to avoid such vices for their own reasons and not out of fear of eternal punishment. But still, even if someone was to choose to drink, smoke, or indulge in any other kind of activity that most religious individuals would call a sin, I believe they have every right to do so as long as it isn't causing harm to themselves or anyone else. I guess that's considered a humanist point of view.

My concept of "falling away", atheists, and non-believers was built on misunderstanding or flat out lies. To me, by not living in harmony with the expectations of the gospel or the commandments, your life would be discord and misery. This misconception was easy to let go of after meeting and becoming friends with roommates and classmates, like the ones I met at college, with no religious affiliation or who had left the church. They seemed happy, content, kind, and moral. How could this be? If their morals didn't come from God, where did they come from? I will address this issue in another blog entry (see Where Do Your Morals Come From?)

I do not consider myself an apostate from the church. I do not want to be labeled this way either. I never rebelled against my family or the teaching of the church. I never felt any desire to partake in sins as an F* You to God. To the contrary, I tried smoking cigarettes as an experiment. I had a friend who claimed to be addicted and always said how hard it was to quit. I started smoking to see just how hard it could be to stop, I was going to prove to him that it was a piece of cake. I smoked a few cigarettes daily for a couple months, got up to about 8-10 a day by the fourth month, then tried to quit. It was definitely hard and I experienced cravings and addiction. I ended up reducing the number of cigarettes I smoked to about 2-3 a week and then a month or so later stopped completely. I fought the cravings for a while but eventually they went away. It was difficult but I was able to do it. I justified this as an experiment, also there is evidence of early members of the church being pipe smokers so, if they did it, God must not care that much about me trying it. This was all occurring while I was still a very active believing member of the church.

I know that there can be an argument made from believing Mormons that by justifying these activities, I was slowly allowing Satan to take over my life. As a believer, I would have probably agreed. However, it wasn't these activities themselves that led me away from religious belief. In fact, I was able to successfully overcome these "temptation" and choose to not partake of them on my own. So, if Satan was really trying to get me to choose vices over religion, he failed. In addition, my skepticism and questioning nature began long before these events.

During my transition from believing LDS doctrines, I didn't have any motivation to take part in activities that I may have been sheltered from. I felt confident that there were things I didn't want to do simply because they were bad for me, not because God might be disappointed if I did those things. I make a conscious effort to treat others with kindness and respect because that's how I want to be treated, not because I'm afraid of God's wrath if I don't. To me, this is being a genuine, sincere person. If you need religion to be a good person, you probably aren't a good person.


When I do good I feel good, when I do bad I feel bad, and that’s my religion.