Why I Use to Believe 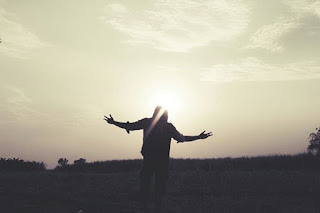 "I would like to bear my testimony, I know the church is true"


This is the phrase we, as Mormons, are taught to say over and over. It's how you begin your testimony. There has been some effort within the church to urge people, especially children, to stop using this cliché, but it still pops up every testimony meeting at church.

A testimony is your own personal conviction of what you believe. You are encouraged to share your testimony often as a Mormon so that it will continue to grow. The more you say it, the more conviction you feel. Or as I see it now, the more you lie to yourself, the more comfortable you become with cognitive dissonance. There are some expectations as to what you should share. You are expected to KNOW that the church is true, and that Joseph Smith was a true prophet. If you were to slip up and say that you really BELIEVED that the church is true, and you THINK Joseph Smith might have been a true prophet, then you had some work to do on your testimony. After all, if you read the scriptures and pray about it, you can KNOW it's true. If you don't say you KNOW it, then you're obviously not trying hard enough.

I never felt comfortable stating that I knew anything when it came to the church doctrine. Even as a child, I didn't like saying that I knew something unless I really did. I occasionally used the cliché testimony as a conclusion in a primary or sacrament talk, mostly out of tradition, but I can't remember a time in my life, even during my mission, when I told anyone that I KNOW this church is true. Instead, I would state how I knew that following the teachings of the church had enhanced my life and helped me choose the right, or that I knew that the gospel could change lives since I saw it firsthand. I don't think I was being dishonest, I actually did see these things. However, I still couldn't honestly say I KNEW there was a God or that the church was true.

I think when most people in any religion claim they know something is true, what they really mean is they are really really convinced that it's true. Or that they really really hope something is true. That would be fine. I was the same way, I was really really convinced that what I was reading and being taught in Mormonism was correct. However, I think most people take it too far and get caught up in the cliché and repetition of saying they know. I wanted a good reason to believe, and I came up with different reason throughout my life that convinced me enough to keep a testimony.

My Parents Believe:
As a child, this is the biggest influence. Your parents teach you about reality and what to accept as true or false. I believed in God and LDS doctrine because my parents did, and they wouldn't lie or mislead me. As I got older, this wasn't good enough. Besides, as a teenager I realized my parents didn't know a lot of stuff, so they could be wrong about religion.

My Pioneer Past:
I have a rich history of Mormon ancestry on my mother's side that includes people who sacrificed their lives for the church. Certainly, these people believed so intensely that they were willing to sacrifice their health, safety, and lives for this new religion. I felt an obligation to them to continue to believe since they sacrificed so much, and I'm only asked to believe and go to church once in a while. I couldn't be selfish and pursue my own beliefs, these poor people gave everything. How dare I turn my back on them?

I Feel Good When I Follow the Rules:
This goes back to the feeling aspect of the church. When I choose to avoid temptations and negativity, I feel good. I feel comfortable and confident that I won't get into any trouble. If I follow the guidelines of the church, I just feel better. So, my testimony was based on the results of living in harmony with the teachings of the church. When I did this, I stayed out of trouble just like what is promised, therefore the church must be true. Unfortunately, this isn't reason enough to jump to the conclusion that a specific religious doctrine is true or not, just that there are psychological and physiological benefits of living a healthy lifestyle and staying out of trouble.

Personal Revelation:
This is the big one. This is the one that convinces most people of any faith to continue to hold on to belief. In LDS Doctrine, this is how you gain the most understanding, you pray and ask for guidance or to know something is true, then you receive a divine answer. The answer is usually in the form of a good feeling, warmth, or comfort. Some people even go as far to say they see visions and hear audible voices telling them something. At some points in my life, I was convinced that my dreams or images that I would imagine when half asleep (usually during nightly prayer) were somehow visions from God, and that they were God trying to tell me something in an abstract way. I spent a lot of time and energy as a teenager and a young adult totally convinced that my dreams were revelation and I would interpret them in a way that would support my indoctrination. This was extremely convincing, and I would feel confident with my personal answers. However, this broke down almost entirely when I made the realization that almost everyone in every other religion would claim something similar and their answers were in direct conflict with LDS doctrine. I would justify this with the claim that their answers and visions must be coming from Satan as a way to lead them away from the real truth, but the more I thought, the more ridiculous the concept became.

Proof That The Book Of Mormon Wasn't Written by Joseph Smith:
During my first year at College, my institute teacher (institute is the college equivalent of seminary school for Mormon kids) presented some "facts" about how the Book of Mormon was translated. The list of facts included how it only took about 60 days and how Joseph Smith didn't have the level of education it would take to make up and write something so complex, and more bullet points like this. This was groundbreaking to me. Why didn't everyone know this??? I even brought a print out of this list with me on my mission. It wasn't until much later in life that I realized this list was completely misleading and the "Facts" included were grossly exaggerated as pointed out even in pro LDS publications and websites.

Pascal's Wager:
I didn't know what it was called at the time, but one of my mission companions brought up this concept. It goes something like this:

So, the obvious best choice is to just believe in God as that would yield the most beneficial result. This concept was very convincing until I realized, much later in life, that it would change entirely depending on which version of God and which version of the afterlife is involved.

Just Believe, it Doesn't Hurt Anything:
I think this was my last-ditch effort to hold on to some sort of faith and testimony. If I just go through the motions, it doesn't cause me or anyone else any harm. This was fine for a while until I started really caring about my intellectual honesty. It was hurting me. I was feeling dishonest and disingenuous by continuing to teach these things at church and claim that I believed in God. This eventually transformed into being honest with myself but still going through the physical motions of attending church and supporting my wife and kids even though I didn't truly believe inside. I kept my disbelief a secret, thinking I'm not doing anyone any harm by keeping this secret. However, this has proven to be much more difficult than I thought and has caused some major contention and struggles in my relationships.

Ultimately, I realized that my reasons for believing were not justified or reasonable. I would then jump from one reason to another trying to grasp on to the best reason, but they all eventually failed. In the end, I had to just accept that I don't believe.